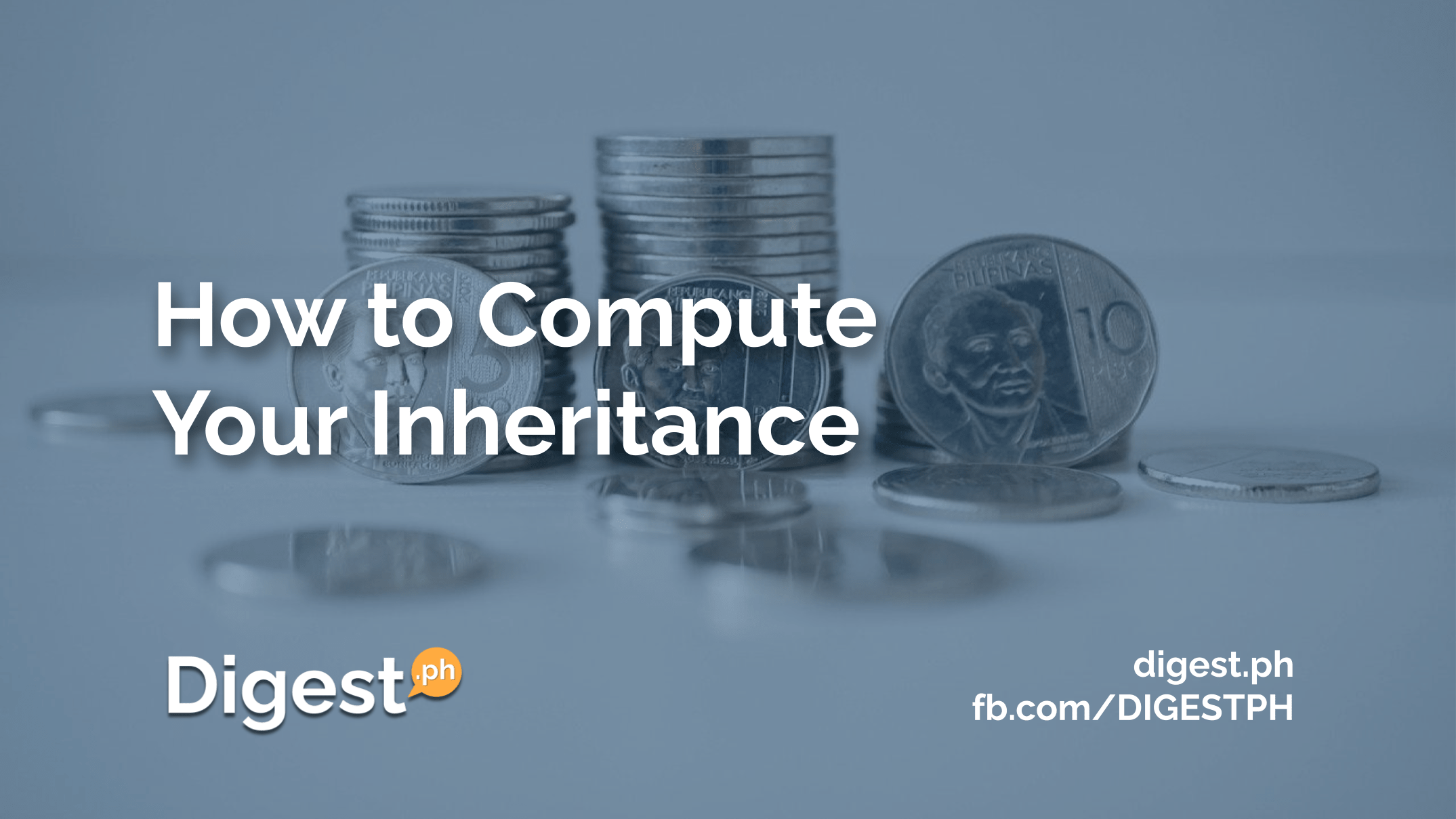 How To Compute Your Inheritance

It’s unfortunate that our loved ones will one day pass.

While we grieve, it is often important that the heirs know what they are entitled to. This will help avoid emotional and often costly conflict.

This guide assumes that the person you are inheriting from doesn’t leave a will.

If there is a will, it gets a lot easier because the deceased made his/her intentions known on who gets what. We’ll be providing a separate article on that.

Assuming you are like most Filipino families that do not have a will, it is the Civil Code which will govern who gets what.

The most important heirs in a Filipino family are the children. These are what are called primary compulsory heirs.

If there are children, they are automatically entitled to the entire inheritance except for the portion belonging to the spouse (if any). That means the parents, grandparents, brothers/sisters, aunts/uncles, and nephews/nieces get nothing.

Remember though under modern rules, the spouse gets half of the conjugal property before inheritance is factored in.

An example would be as follows:

She is also entitled to a share of the Father’s 1 million as it will be divided in 5 by her 4 children and herself. Each child shall get P200,000 while the mother will get P1,200,000 representing her half of the conjugal property and the P200,00 due to her from her husband’s death.

If there are no children (or grandchildren) however, it is the parents (or grandparents) who are entitled to inherit. They are called secondary compulsory heirs who will also inherit along with the spouse (if any).

If none of them are present, that is when collateral relatives such as brothers/sisters, aunts/uncles, nephews/nieces, and cousins may possibly be entitled.

The rules are actually quite simple as long as the deceased doesn’t have a second family.

By knowing the rules, you can ensure no one is deprived of their inheritance.

Atty. Raymond Rodis is one of the many lawyers you can find on Digest. Post your legal concern here on Digest and we will find you a lawyer that fits your budget and issue.

Digest is a one-stop shop for Philippine laws, lawyers, and contracts.

Are you a lawyer?

Clients can find you easily through DIGEST. Just sign up and be seen by the thousands of people who visit our website.